Focus Media, a video production company based in San Diego, is the first to offer car camera crane system, also known as pursuit system, in the area. 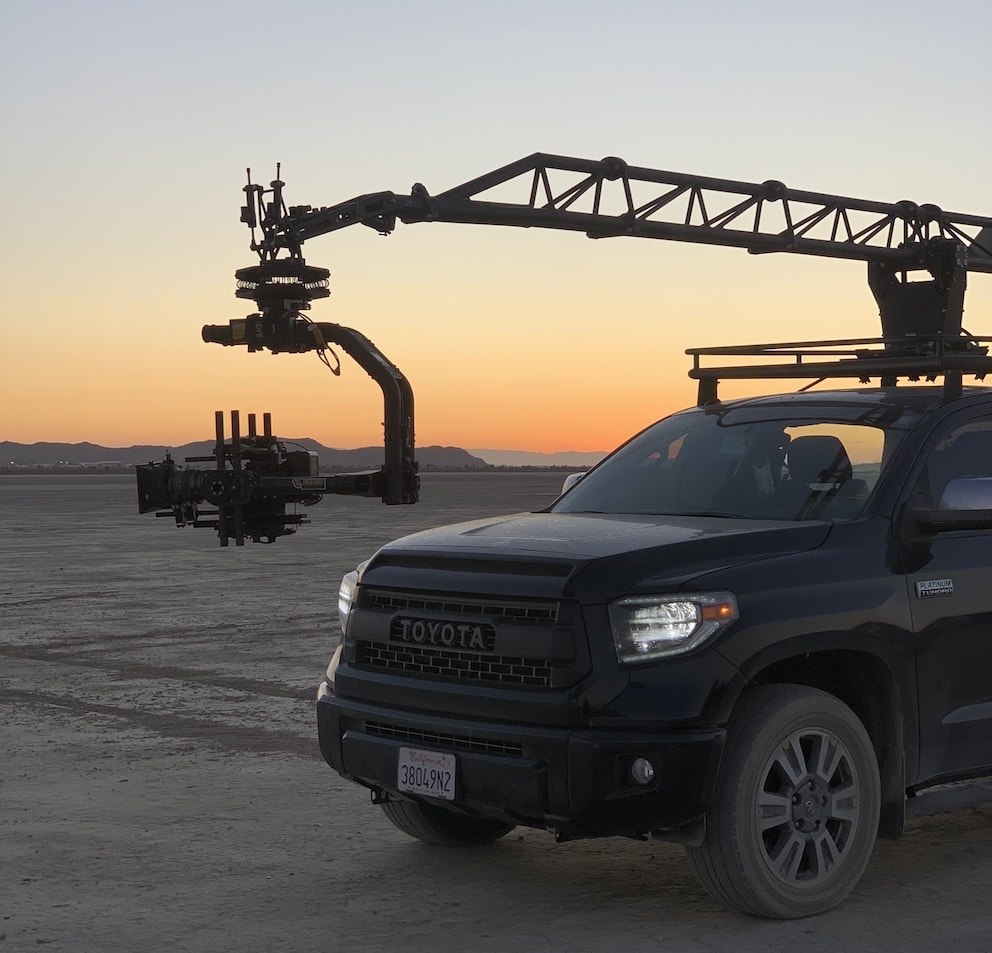 The technology itself is universal and has the ability to be mounted to almost any vehicle. What’s also important is that we can target key filming hubs such as Atlanta, Chicago, Los Angeles, and New York as car crane can be easily transported in its lightweight cases.

The camera crane is fairly easy to use. The setup time can vary from 30 minutes to 1.5 hours (with gimbal and the camera). The crane works with various camera image stabilization systems, such as Ronin 2, Movi XL, Movi Pro and many others. 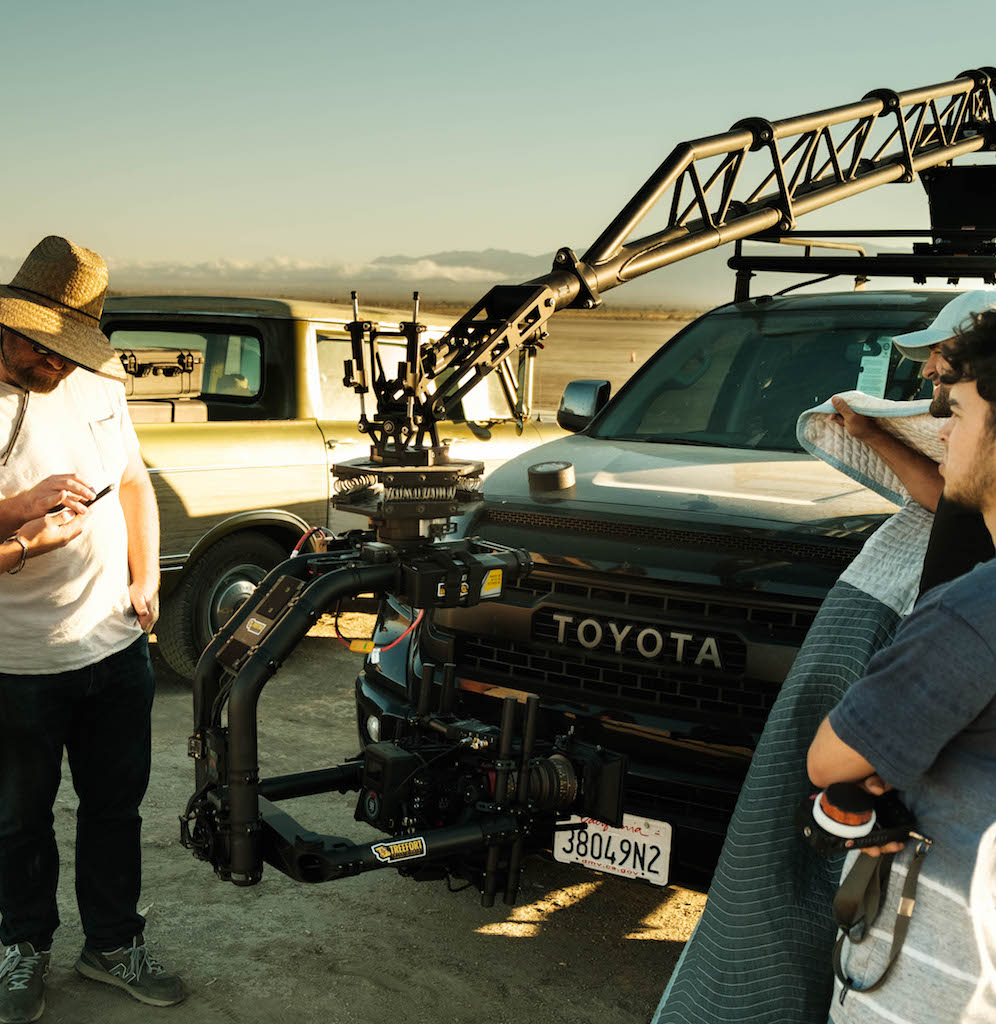 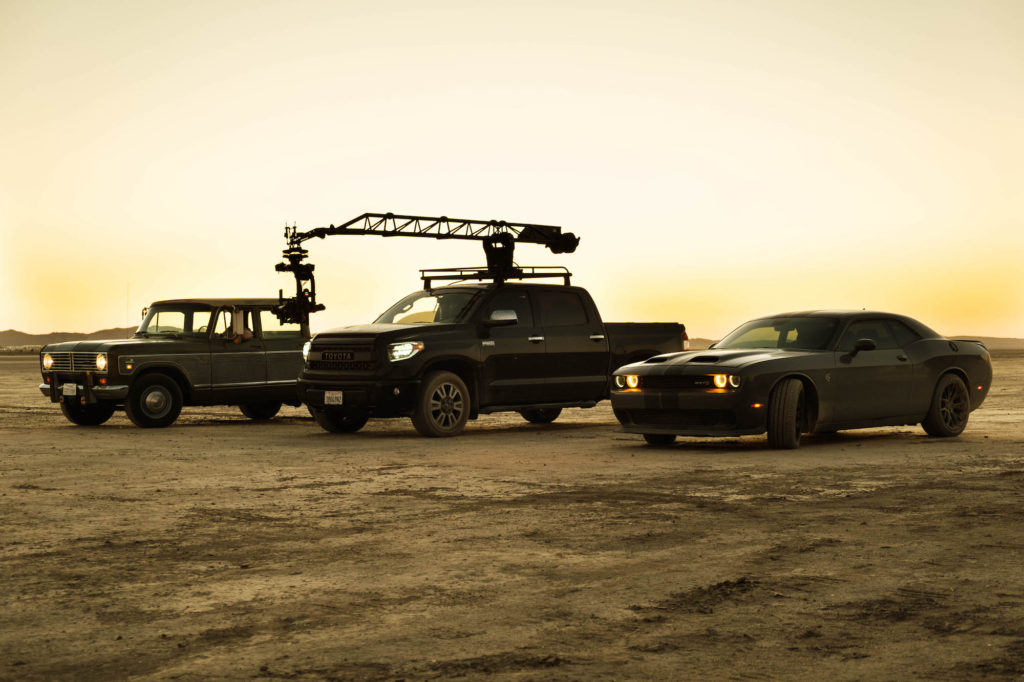 Being the first is very important. We’ve received many great opportunities by being able to provide such technology. We’ve received inquiries to work with big brands, such as Chevrolet, McLaren, Jeep and more. Our equipment was also used to film music videos for some of the biggest hip-hop stars, like Travis Scott, Migos, GoldLink, and more.

It is a truly unique piece of equipment that allows creators to fulfill their imagination. For more information and or training please contact us.

We live in a new age of dynamic camera movement. It’s the whole new world of cinematography. Film directors have been trying to impress the audience with new techniques, new looks, and new experience. With cinema cameras being a bit bulky, camera support has to be reliable and durable. Many commercials, music videos, and action movies utilize new technologies for chasing scenes. One of the first inventors of the car camera crane system was Anatoliy Kokush a two times Oscar winner who started a film and television company Filmotechnic.

In a filmmaking and video production world, Russian Arm is known as high speed mobile crane. The crane mounts to the top of a vehicle or any other mobile platform such as four-wheelers, boats, buses, etc. The camera crane system is able to film moving vehicles from almost any angle. Newly updated Russian Arm 6 is mainly made from carbon fiber. Some of the other specs of the Russian Arm are:

There are a few other startups that entered this market but one that stands out the most is MotoCrane.

MotoCrane was founded in 2017 by Zachary Nelson a visionary filmmaker from Minneapolis, MN. The company was started in a garage and in a short period of time made it to the worldwide market. Camera crane systems are now well known in all parts of the world. As a matter of fact, it is becoming one of the hottest pieces of its type. One of the biggest advantages of this car crane is the price and versatility.

MotoCrane is the only 12’ arm capable of flying as a checked baggage. It is the longest universal remote arm in the world. MotoCrane Ultra handles high temperatures, rain and off-road conditions without any problems. MotoCrane offers some of the most competitive specs up to date:

The crane comes with: